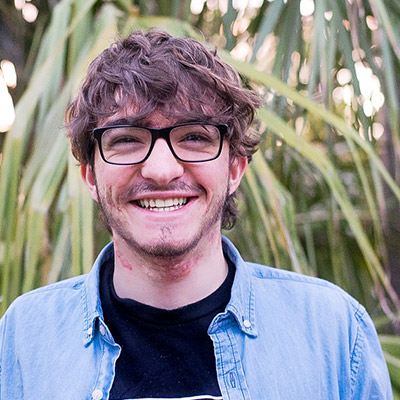 "Have you ever woken up one morning to discover an abscess that would grow to the size of a baseball in your armpit? I have. I have HS or Hidradenitis Suppurativa, and so does up to 4% of the population. That's 230 million people, and yet no one is talking about it. Well, I will."

“Let food be thy medicine, and medicine be thy food”Hippocrates

Jackson Gillies is an 18-year-old student at Santa Barbara City College whose life took a major turn when he won Santa Barbara’s Teen Star USA crown in 2016. Since then he has performed at the Concert to End Gun Violence Across America with Kenny Loggins and opened for Jim Messina at the William Sansum Diabetes Center fundraiser, among many other noteworthy appearances.

Jackson is a spokesperson for the Juvenile Diabetes Research Foundation for whom he has made national TV public service ads with Mary Tyler Moore and a DVD titled “Almost Bionic” about the Artificial Pancreas Project. Jackson, a Type 1 diabetic since age 3, has come full circle, this year becoming one of 250 Type 1 diabetics who took part in the international Closed Loop Artificial Pancreas Trial.

Four years ago Jackson developed the first sign of another disease. After more than a few misdiagnoses, his condition was finally pegged as Hidradenitis Suppurativa, an autoinflammatory disease that causes painful skin abscesses. HS afflicts as many as four percent of the population (potentially 30 million people), yet is rarely discussed or studied. HS can be physically, psychologically, and socially debilitating, the lesions affecting the most sensitive parts of the body, places where there is skin to skin contact. The painful abscesses can take months or years to heal.

Despite all this, and after five surgeries, Jackson conceived, produced, and starred in the “Something That Matters Concert” to raise awareness about Hidradenitis Suppurativa. He was the first performer to step into the light about the disease. His TEDx talk, “Bringing HS (Hidradenitis Suppurativa) Out of the Dark”, will continue this quest, to spread the word about HS, to help other sufferers understand their disease, and hopefully to encourage researchers to work on a cure